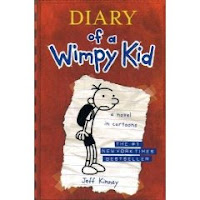 I spent last week helping to staff a fundraising book fair for my son’s school.

It was a great way to get a sense of what the kids are interested in these days. By far, the book that flew off the shelves the fastest was Diary of a Wimpy Kid (grade 5-6). We literally could not keep it in stock.
For the grade 5-6 girls, it was Twilight, of course. The books seem to be invoking a better response than the recently released movie.
The grade 2-5 boys were interested in books about, or featuring, Pokemon and Bakugon. Any books to do with video games, especially the Wii, were hits (although not necessarily with the parents). Also popular with grades 2-5 were books about science and history, archeology and dinosaurs. Books with “facts.”
Many of the grade 2-3 girls gravitated to books featuring pets, ponies and Hannah Montana.
A big surprise for me was how popular the Canadian section was. The book Passchendaele, and books about Canadians at war were really popular (grades 4-6). Those kids also liked the Bone series and a book called Schooled by Gordon Korman (he was my favourite author when I was a kid).

And of course, Knuffle Bunny and Scaredy Squirrel were big hits with little brothers and sisters (pre-school and kindergarten).

The book fair was all Scholastic books, which meant that some of the money we raised went to buy books for the school, which is great. However, it means that this list is specific to Scholastic books – that’s still a pretty wide range. But still.