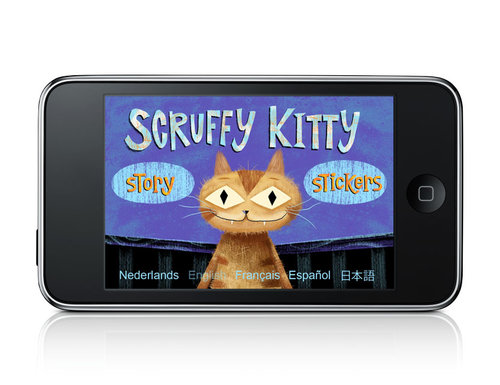 Children’s book publishers are creating cell phone apps for books like The Velveteen Rabbit and The Cat in the Hat.

Kids can read the book on their parent’s phone and enjoy some interactive features. For instance, they can touch a word they don’t know and hear it or touch the picture of a bird to see the word “bird.”

As the app reads the book out loud, each word is highlighted so the child can follow along. Some books are read by the author and others are ready by celebrities including Meryl Streep and Robin Williams.

Books apps for children aren’t really new. Readers of this blog know that I have long loved the LeapFrog book readers, and these apps are essentially the same thing—albeit a souped-up version. And without the physical book. So, erm, that’s quite different, then. But, same idea.

Some book apps also pronounce the words in other languages so kids can hear a second language while they’re enjoying the book.

Critics of the apps say that with a book the child is in the driver’s seat but with an app the book content is leading the learning. Not sure if I agree with that, especially harkening back to the LeapFrog reader–of which my child was definitely in control, and not the other way around. Perhaps a more pointed criticism is the fact that apps aren’t books. Beautiful, tactile, sometimes dog-eared, sometimes unwieldy, delicious books. But I digress.

The information in this article was taken from an article on npr.org. The article points out that, while book apps won’t replace children’s books… at least they’re better for your kid than Angry Bird. Now that’s a good point.

Ruckus Media produces many of the apps; you can buy them for about $3.99 per app.
There are a bunch listed on Ruckus’s website.